In 1840, twenty year-old Robert Young was serving at Port Arthur. As a soldier, Robert’s role was to provide security whenever convicts were at work or moving from place to place within the settlement. One night in March, he accompanied a whaleboat with four convict crew and a coxswain, taking the doctor across to Point Puer to see a sick boy. Robert stayed with the boat that night. By the time the boat returned to the main settlement it was very dark. The doctor alighted on the jetty, followed by Private Young. Suddenly there was a loud scream and a splash. Perhaps missing his footing in the dark, Robert Young had fallen into the freezing waters of Mason Cove. 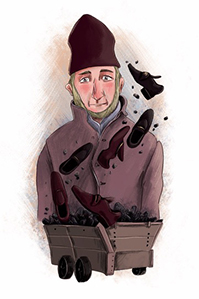 William Thompson was a young shoemaker, transported for life in 1841 for burglary. He was sent to the Coal Mines, where he served a year in the underground cells. There, he worked in appalling conditions and witnessed two shocking accidental deaths, all of which made a deep impression on him. But things brightened for William when he was removed to the shoemaking shop – which offered a chance or two to make a little profit… 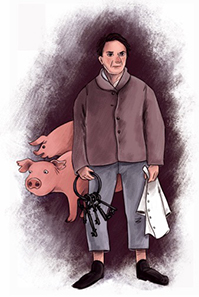 Henry Singleton arrived on Norfolk Island in 1851 to serve 14 years for the crime of stealing shirts. He was ‘a bad character’, constantly in trouble for refusing to work, being dirty and disobedient, talking, having money improperly in his possession, insubordination, and using threatening language. Henry was sent to Port Arthur in 1853, where his refusal to work, disobedience and insolence earned him more than one spell in solitary confinement. 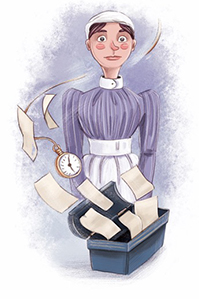 Margaret Dalziel arrived in Van Diemen’s Land in 1851 – a Protestant housemaid from Glasgow who could read. Transported for ten years for highway robbery involving a tin case and registered papers. She had two prior convictions, one for stealing a watch, the other for housebreaking. Her first assignment was to James Hurst; he was a former Overseer of the Coal Mines. She did not commit any offences in his household, perhaps because he was used to managing convicts, but her next master was not so fortunate. From him she absconded and was removed to eight months’ hard
labour at the Female Factory. 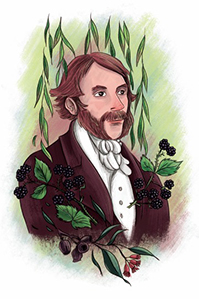 Commandant William Champ was a green thumb. Having poured his enthusiasm into his own garden using ‘the plants of Old
England’ sent to him from his mother, he looked around for further opportunities. His eye lighted on the hop fields in front of Government Cottage. The hops, which had been well-established and profitable, were suddenly removed and, under Champ’s direction, an ambitious pleasure garden began to take shape. It was to be a private refuge for the ladies of the settlement to walk in, with shady paths, a fountain fed by an ingenious canal, a shady arbour and a summer house affording a fine view over the cove.

Abandoned as a child, an ‘inoffensive, orderly’ boy transported at 14, a drunk by 16, a murderer by 29 – what happened to William Riley?

William was 14 when he was transported for seven years in 1821. His record describes him as ‘inoffensive and orderly’; his mother was in an
institution, father’s whereabouts unknown. But in 1833 Riley was convicted of attempted murder. Sent to Port Arthur, he was no trouble until he suddenly killed Joseph Shuttleworth with three blows to the head with a pickaxe while they were at work building the church. 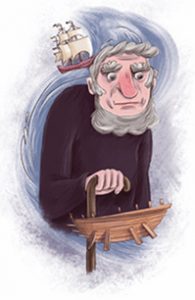 Scotsman David Hoy was a ship’s carpenter and boat builder when he arrived in Van Diemen’s Land in 1824. Between 1836 and his retirement in 1848, David was the Master Shipwright at Port Arthur. He took great pride in his work;  achieving wonders with the men and boys who worked for him. Few had any trade skills, but under his instruction they turned out ships as good as any in the colony. 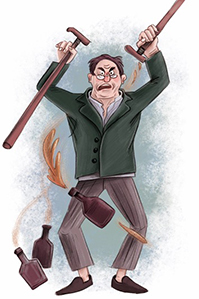 Mark Jeffrey was prone to fits of outrage.  Originally transported for burglary, Mark Jeffrey’s determination to stand up for his rights earned him constant punishment. After time sentenced on Norfolk Island he was sent to Port Arthur, where he spent six months in the Separate Prison for asserting his rights over rations. The authorities became tired of his alarming outbursts, and he was sent to the Isle of the Dead as the gravedigger. There Mark had a terrifying experience. The Devil, ‘His Satanic Majesty’, appeared in his hut and spoke to him; he was so frightened that he begged to be removed from the island.